In this post, I am sharing 7 reverse culture shocks that I have experienced as an American expat who lived in India and Morocco. I am now back in the United States after moving abroad and I have a lot to say. I get a bit more real and honest in this post and truthfully, it’s refreshing. Life is not always positive and I believe by talking about the good and the bad, we can better support each other when needed.

Being an expat is an interesting experience. I did not realize how much I was struggling with the things I mention in this post until recently. I hope the 7 reverse culture shocks I share as they relate to my experiences resonate with you.

After about four months, reverse culture shocks have hit me like a ton of bricks. Let me explain this first point: Racism. Racism is alive and well and let’s just say, the lingering effects of racism and the fact that people are straight-up racist in the United States was not something that was new to me. It was not something I was surprised about when I moved back home either. I’m more upset about the racism that leads to insurrections and the killing of minority individuals in this country on what feels like a more than regular basis.

With all of that, I have to say this. I love my country and I am grateful for the privileges I have as an American and I wouldn’t trade them for anything in the world. It’s like there’s a yo-yo effect I’m having in my mind with the idea that I’ve moved back to a place that I could love and sometimes also really dislike because of the way people are treated.

Can we talk about why everything is so expensive in the U.S.? This is one of those reverse culture shocks you don’t think about until you are hit with sticker shock. Our rent is expensive and the food here is expensive too. Truthfully, it’s not that my husband and I can’t afford the things we need or want to spend money on, it’s the fact that in other countries things are more affordable. I feel like the things one must pay for on a day-to-day basis (or monthly basis) in the United States is really high.

However, there are items that are a little more accessible in the U.S. so sometimes I feel like that is the trade-off. I do feel like I have everything I need. Whereas in other countries, I struggled with finding the ‘perfect’ version of an item like sugar. Consequently, in the U.S., you can easily find 10 different varieties of sugar (even vegan versions)! The juxtaposition is sometimes unreal.

On another note, it’s hard to rationalize the way I’m feeling sometimes when it comes to my idea of ‘home’. I’m at a stage in my life where home is not home anymore. It has essentially changed and I mean that both physically and mentally.

I’m from Colorado, born and raised. I moved to Morocco, the first country ever traveled to and moved to so that was already a big shock. I literally picked up my life and moved to another country for a long period of time. Now, I have moved back to the U.S., to a city that is sort of new to me (i.e. not Colorado). For me, ‘home’ has always meant family, food, laughter, and memories. For the past 4 years with ‘home’ being in different countries, I really had to adjust my meaning of what a home was like.

This is now the fourth transition of life for me in recent years and I’m having to restructure what home looks like again. As my husband and I transition and try to figure out what our next steps are going to be, ‘home’ will continue to look different. Physically, we are currently living in a one-bedroom apartment in Virginia. Whereas in Morocco and in India, we lived in three-bedroom apartments (very privileged, I know).

Something I had to realize is that I have changed too. Of course, my core values are very much the same but I believe in a lot of things that other people maybe don’t agree with. I think that comes from having a new mindset and living abroad. It’s hard to not connect with people on the same levels anymore. It has also been hard to meet people here in Washington D.C. and I have not been going out and doing very many things (due to the current times we are all living in). With that being said, I’m looking to make more meaningful connections moving forward.

I am about to get honest and vulnerable with you, friend. I’ve been feeling like my life is not as interesting anymore since I moved back to the U.S. This feeling has made it hard for me to know what to share online. It wasn’t until I had a subscriber-friend on Instagram tell me this “Share what you want but remember that even though you aren’t in India anymore, your life in the U.S. is equally as interesting to those of us that don’t live there”.

I think I have made myself believe that you (my audience) don’t find my life, my content, and the things I share as interesting anymore because I don’t live abroad. For those that moved back to America (and maybe lived an interesting fast-paced life abroad), it’s hard to be back living a ‘regular life’. Honestly, a ‘regular life’ is just relative, however. If I can be real, my life is very similar to the life I lived in India. I was in the house like I am now and I wasn’t traveling as much as I wanted to because I had to work.

I do realize that in real life, most people are not as interested in hearing about my experiences abroad. But as a content creator, I share a lot about these things regardless of if people in my real life are interested. What I realize is that people offline are just trying to get by, especially now. They are just trying to make it day by day and I hearing about my expat journey and travels is not a priority for them right now, and that’s okay.

The last point I will make about reverse culture shock is that I am definitely a lot more critical about everything here in America. I don’t know if it’s because I am overly sensitive or extremely aware of social issues and politics now. I do know, however, that I would have loved to come back to a country that is not as divided as it is. But what I desire is not a fair expectation from a nation that is far from perfect and full of imperfect people.

I AM CRITICAL OF AMERICA

Someone asked me in a live stream if I experienced any reverse culture shocks and I said no. I think that was because I was moving back during a honeymoon phase. As an expat returning home, you have a ‘honeymoon’ where you do things like go to McDonald’s to eat a burger you’ve been longing for. You also try to do things you feel like you have missed out on. Then you get hit with a lull and your back down to earth.

For me, where that sensitivity and realization comes is when I see what America is truly like under the surface. The fact that here in America we have so much yet so many of us take our freedoms and privileges granted. When you live abroad and you see how people maneuver and live their lives with much less (and don’t complain), it really becomes evident that you’re living in a completely different space. If there is one thing Americans could work on is their gratitude, and I will leave my thoughts here for now.

Check out some of these videos of my life abroad and in the United States:

Thank you so much for following along. If you have experienced reverse culture shock after moving back to your home country, definitely let me know. I’d love to hear your story!

How Much Do We Spend For Groceries Living In Ecuador? Grocery Haul

9 Essential Items For Your Move Abroad 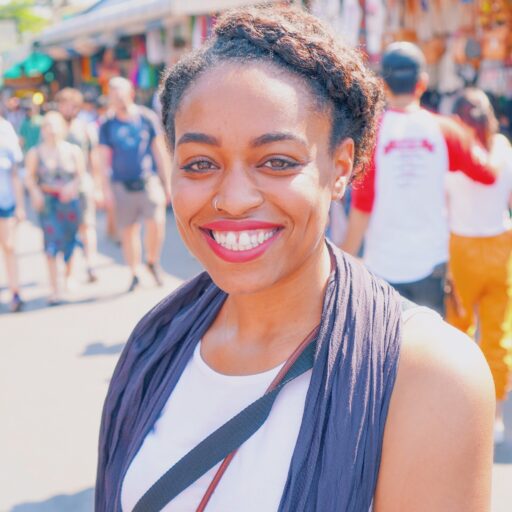 Hi! My name is Jasmine and I am a black traveler and expat who has lived in both India and Morocco. My mission is to inspire you to seek exciting adventures, try new things, and envision yourself as an expat living abroad one day. I recently moved to Ecuador with my husband, and I am excited to know my new adoptive country and share my journey with you! With the help of this blog, I share stories of my life abroad, content creation tips, travel, and more! So let me know if there are specific things you'd like me to talk about or if you have any questions!